NOT RUNNING OUT OF FLUFFY PENGUINS MUSEUM ASSISTANT KERSTIN WRITES

During the month of February, the ‘end of season’ feeling slowly but surely crept in on us. The ship visits reduced noticeably in both frequency and numbers, and the shop is not as well stocked as it used to be. Luckily, it will take a while before we run out of fluffy penguins! 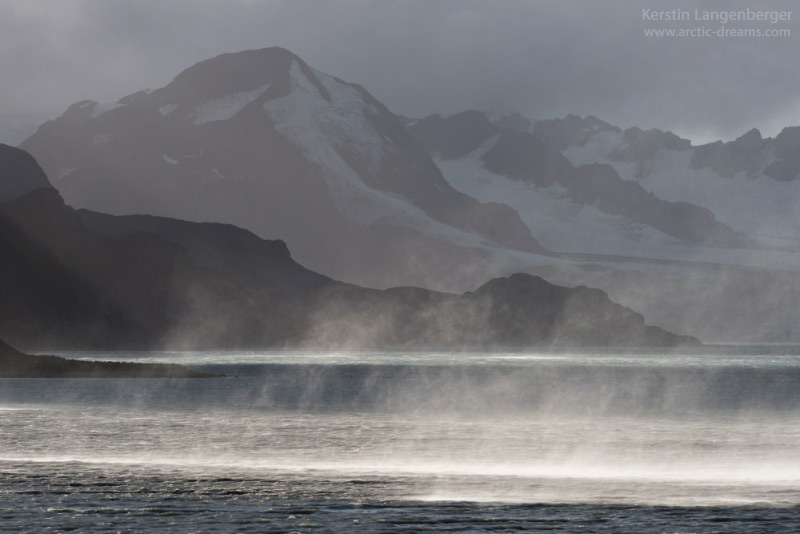 The beginning of autumn was heralded by the strongest storms of the season and a definite change of weather. Cruise ships had to abandon landings and our Team Rat was blown in the literal sense: two tents were damaged by hurricane force winds, and working outdoors was much less pleasant than it used to be during the exceptionally warm and good weather this summer. Nevertheless: the SGHT habitat restoration team remains in great spirits and managed to finish the month’s workload ahead of schedule. They were mainly working on the Barff peninsula where they retrieved the rodent monitoring devices and patrolled the area with the help of our all-times-favourite rat detection dogs. 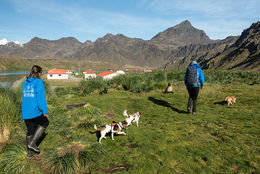 The rodent detection dogs and handlers at Hope Point

Having less ship visits means that we here in the Museum were less bound to the ship schedule and able to assist the scientists of the nearby station. Some of us were able to help with the weighing of gentoo penguin chicks and others with the second weighing of the fur seal pups in Maiviken. What an exciting opportunity to get up close to such amazing wildlife! 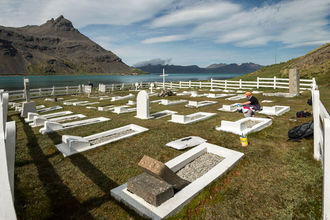 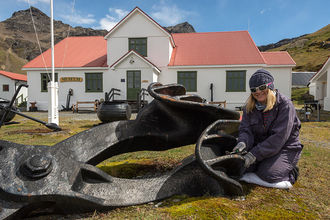 …or work to maintain the outdoor artefacts

With our activities less focused on visiting tourists, we were able to push ahead with work relating to the upkeep of the museum. The museum assistants were able to look after some of the objects outside which needed rust-removal and/or another layer of protective paint. Signs and benches and other wooden objects were oiled, and we spent quite some hours taking care of the cemetery. With no permanent population and no relatives living nearby, the upkeep of the graveyard lies with those of us here on the island. It is amazing, though, what difference one can make with a little bit of gardening and a fresh layer of fresh white paint!

This past season has been the busiest ever when it comes to ship visits and visitor numbers. Our team of four was really grateful to have got the temporary help of three more members when it was busiest at the time of the year. But now, with the season slowly coming to an end, we had to adjust to a life without Theo, Dani and Pat, who left us at some stage this past month – and are missed dearly. Thank you for all your help, guys! 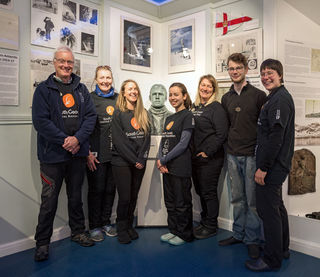 The core team of four at the Museum was swelled to seven with an Artist in Residence, Fundraising Assistant and extra help from one of the Rat Team. Left to Right – Pat, Sarah, Dani, Charlotte, Vickie, Theo and Kerstin