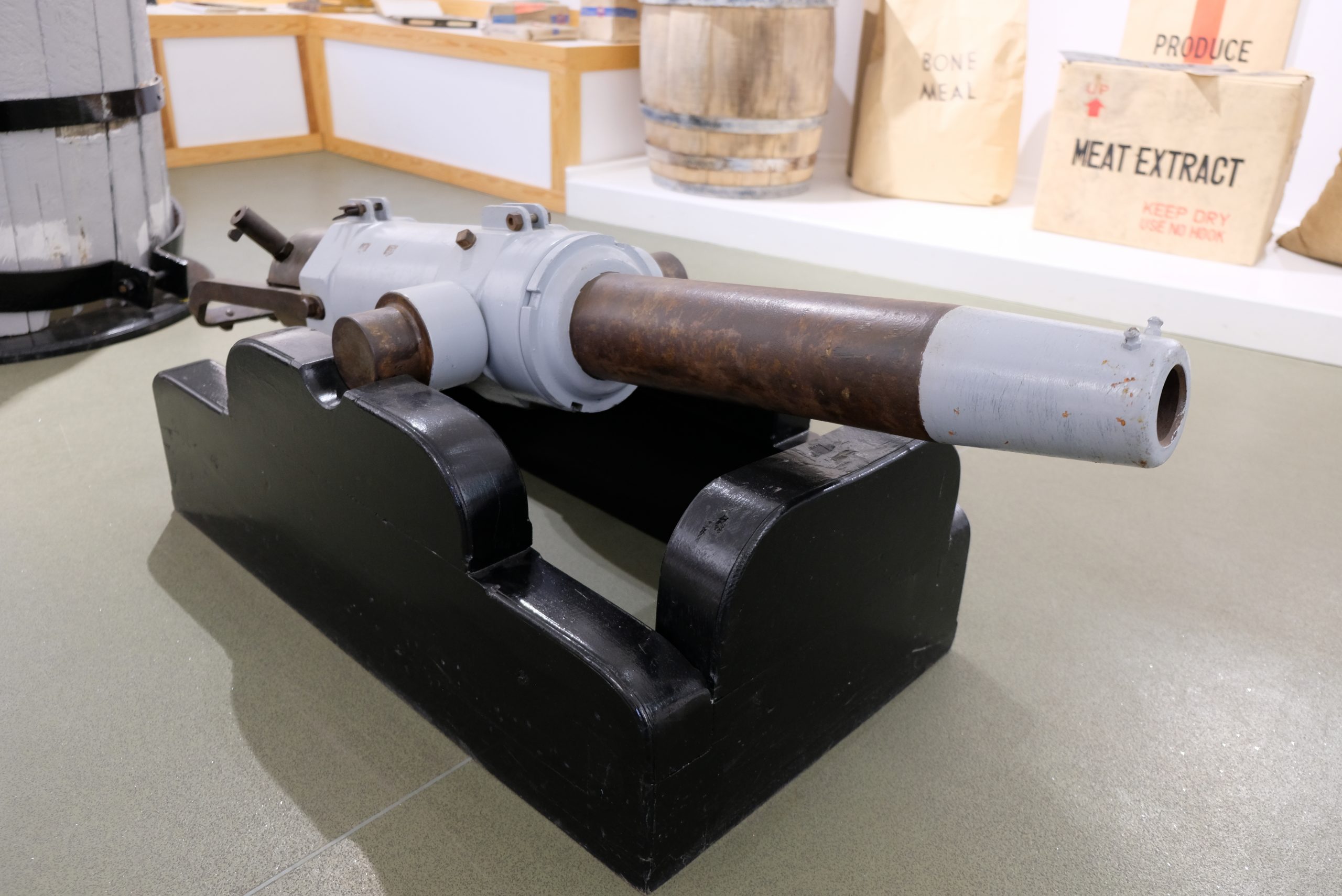 This year the South Georgia Museum celebrates 30 years. The South Georgia Museum was first opened in the austral summer season of 1992 and this object represents one of the original objects in the collection. It is the first object listed in the museum accession register. The idea of a museum on South Georgia was first suggested in 1989 by David Wynn-Williams, a British Antarctic scientist. The original plan was to locate the museum in the manager’s villa at Stromness station, however, Grytviken was eventually chosen as a more suitable site. The project was taken on by Nigel Bonner, the former deputy director of the British Antarctic Survey. Nigel had extensive experience of South Georgia, having lived and worked here in the 1950s and 1960s.

Under the auspices of William Fullerton, then Governor of the Falkland Islands and Commissioner of South Georgia, Nigel directed the early restoration of the manager’s villa at Grytviken and the installation of exhibits.

This whale cannon, or harpoon gun, is a 50mm Kongsberg whale cannon, No.141, built in around 1910. This harpoon cannon was smaller in size than the standard and was mainly use for catching small whale such as the minke or bottlenose, both found in South Georgia waters. It was brought to South Georgia to shoot bottlenose whales but never used. It was collected from Leith whaling station and brought to the museum in 1992. 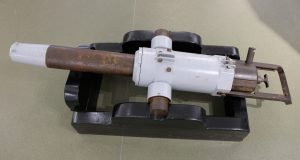 A harpoon is a long spear-like instrument used in fishing and sealing but more famously associated with hunting whales. Originally a hand thrown spear, the first use of an explosive gun in the hunting of whales was made by the British South Sea Company in 1737. These early harpoon guns were difficult and dangerous to use.

The modern harpoon cannons were developed in the late 19th century. An explosive cannon was fitted onto the bow of a whale catcher where it could be easily aimed with a wide field of view. It would have been loaded with a large steel harpoon or later a grenade. An explosive charge would send the projectile towards its quarry and attached with a thick rope that would then be used to haul the whale back.

The cannon was developed to improve the hit rate of the hand-thrown harpoon. Early cannons were not very accurate and the whale’s death would have been slow. Modern cannons were improved in the 20th century to be quicker and more accurate so that the whale could be killed instantly. Harpoons were modified to be replaced by explosive grenades. These came in many designs, changing over the years, and each gunner had a favoured model. One development was that the point became dish-shaped to prevent ricochets. 50mm Kongsberg cannons are still used today in Iceland to catch minke whales.

For more information about the history of the museum please explore the link.
https://sgmuseum.gs/history/