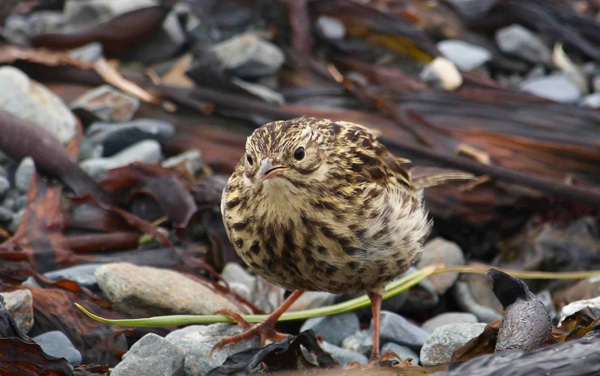 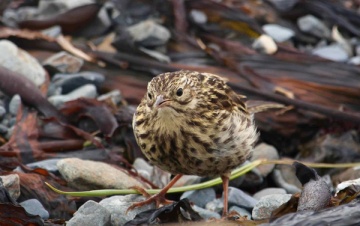 The end of the season marches towards us and in the museum it’s time to start thinking about shutting up shop for the approaching winter. The weather is beginning to change: there are still occasional bouts of glorious sunshine, but the temperature is dropping and the days are shrinking and often there is a skim of ice on the Cove in the early mornings. Nevertheless the South Georgia pipits are out in force and our log of pipit sightings is filling up nicely including several first reports for new sites. 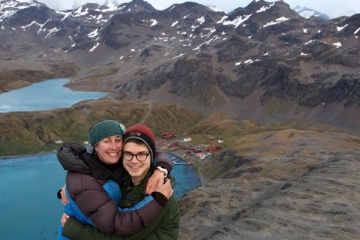 We waved goodbye to Museum Assistants Sharon and Danielle as they sailed away on the NG Explorer, bringing our team down to two (myself and Sarah). That morning Sharon, Tim our Station Doctor and I managed to wake at 5AM in order to climb Mount Duse, my first time up there. The stiff climb was worth it for the magnificent early morning that greeted us from the top. We down in time for a quick breakfast before a full day in the museum.

I find it hard to believe that in the middle of the season our museum-family numbered six. The museum staff cottage, still affectionately known as ‘Drukken Villa’ (Drunken Villa), a name it got during the whaling station days, currently only has me rattling around in it like the last sweetie in the jar, but Sarah will move in next week so there’s no danger of going loopy. As things wind down there are fewer ships visiting. This gives me more time for curatorial work – I’m currently researching for an exhibition about what products were made from whale-derived oil and materials. These include whale steak and soap. A nice job for a sunny day was to walk round to Sir Ernest Shackleton’s grave to replace some of the missing letters on his headstone. There’s now also time to finish replacing all the old laminated labels in one of the galleries with nice modern ones mounted on foamcore, and we also have started a new Large Artefact Store in the upstairs of the Slop Chest – it’s a perfect space in terms of cleanliness, temperature and humidity, unfortunately it’s up a flight of stairs! However, with a little elbow-grease and heavy lifting we’ve started to fill it with things like chairs, a bedstead and other original furniture from around the whaling stations – it’s nice to know that these artefacts will have somewhere safe to wait out the decades. We also had a visit from HMS Clyde. As they were here for a few days our staff room was often a hub of activity as sailors found a cup of tea and a biccy, this was especially welcome on the one bad rainy day, a place to shelter and dry out after a soaking during a long walk. That leaves only a handful of visiting ships until finally in four weeks’ time it’ll be my turn to wave goodbye to South Georgia, but I’m trying not to think about it! 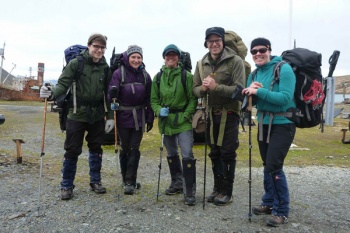