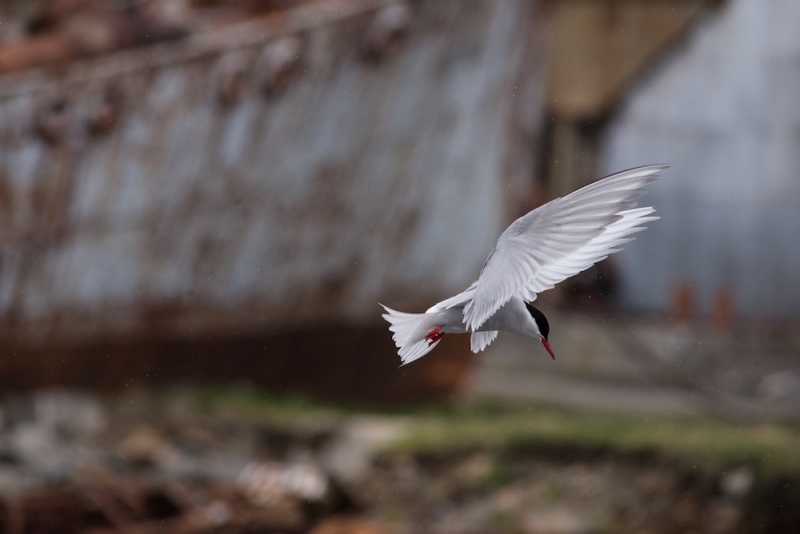 ARTIST IN RESIDENCE JAMIE GRANT WITH A MUSEUM TEAM UPDATE 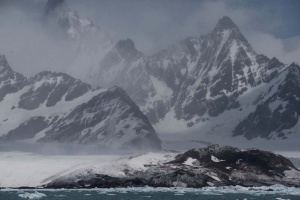 It has been another busy month for the Museum team. With the cruise ship season in full steam we have been welcoming passengers and crew alike on ships visiting Grytviken, including the National Geographic Explorer, Polar Pioneer and the Hanseatic. Danielle has been a power-house in the shop, keeping it looking lovely and ticking over smoothly.

Matthew’s tours highlighting Shackleton’s involvement with South Georgia and around the old whaling station here at Grytviken, while dodging angry fur seals, have been as popular as ever. He has also really got stuck into this year’s big curatorial project, to catalogue the original contents of the old whaling building called the Engineers’ Workshop. It contains a lot of machinery and parts that are being recorded before being moved to the old Main Store. Lucy has now taken on Sarah’s role of giving SGHT talks on board the ships, raising money for the ‘rat project’. Her lively and informative talks have been aided by the recent discovery of the first South Georgia pipit nest at Maiviken, a great indicator that South Georgia’s ground nesting birds are starting to recover without rats. The visiting tourists continue to support this project generously. 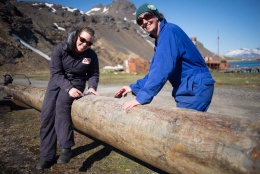 The most recent additions to the team, Sharon and Jamie, have settled in well. Sharon has taken on the task of making South Georgia Island Crafts for the shop with gusto and at the time of writing is working on a prototype of a blond fur seal from one of Steve Massam’s moulds. Together with Danielle, she has also led an impressive baking effort for the annual decoration of the Church for Christmas. This is a communal event and we are hoping for lots of willing helpers buoyed along by mulled wine and good things to eat. Artist in resident Jamie has been getting into to hills at every opportunity to photograph the islands wildlife and landscapes. 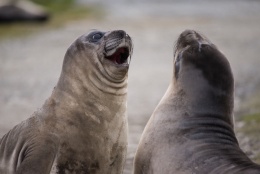 We have also been keeping a keen eye on the local wildlife as the breeding season picks up pace. You don’t have to walk far here to see the island’s wild animals in action. The young elephant seal pups, known as weaners, have been hugely entertaining – at one point reaching the steps of the museum. Watching a fur seal mum give birth to a pup on the shore in front of the house was an especially special moment. And a tenacious pair of terns, who chose to nest right on the edge of the busy track to King Edward Point, have now fledged their chick.We have also been making the most out of our spare time. We went on a ‘team-building’ hike over Echo Pass to Harpon Bay for a nights camping. And we have joined BAS staff on boating expeditions to some of the local glaciers. Everyone has been in the workshop making wooden pirate weapons (with varying degrees of success) for a pirate fancy dress party. We are also hosting a dress up ‘Explorers’ BBQ’ as a light-hearted celebration of the centenary of Shackleton’s crossing of the island. All in all a cracking month in South Georgia and we are looking forward to the rest of the summer. 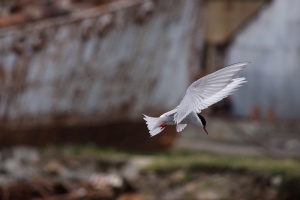