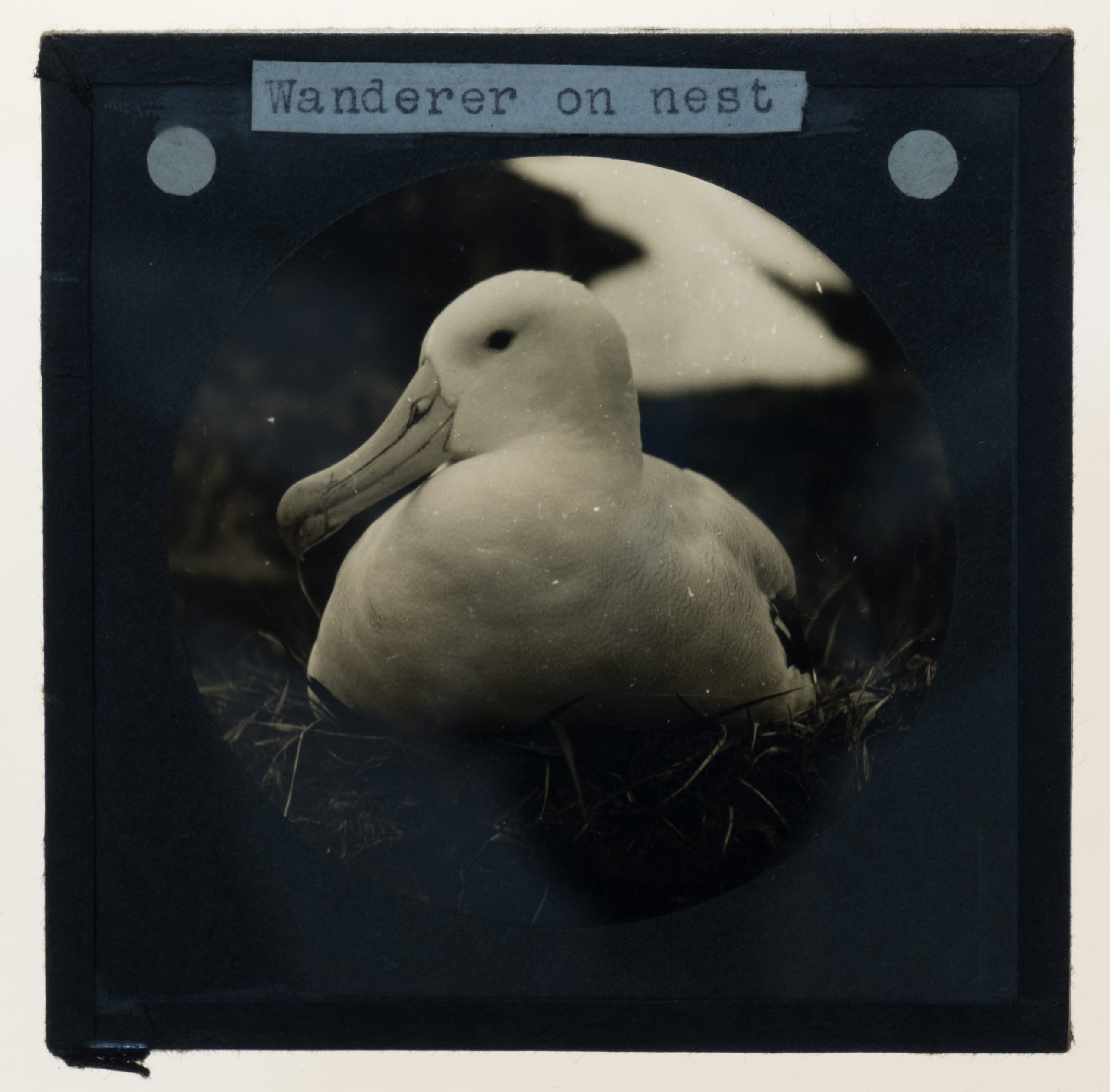 Object of the Month

Glass slides from the Discovery Investigations

This glass slide is one of a number belonging to Harrison Matthews. The collection was recently donated to the South Georgia Museum. Matthews took this wonderful images while working for the Discovery Investigations.

The Discovery Investigations were a series of British funded, scientific studies to look at the biology of whales in the Antarctic Southern Ocean.

Due to over-fishing in the Arctic during the latter half of the 19th century, whale stocks were almost devastated. This led to the Discovery Investigations being established with the principal aim of gathering enough significant research as to ensure a more effective management of the remaining stocks in the Antarctic region. These investigations would include a study of the whales migration, feeding patterns, breeding frequency, nursing and rearing periods. But also looking at the plankton that forms their diet, and research into the physical and biological nature of the oceans they inhabit.

The investigations were based on land but cruises were also periodically conducted on board three research vessels: R.R.S. Discovery, R.R.S. William Scoresby and R.R.S. Discovery II.

Harrison Matthews spent time collecting statistics on the whales brought into the whaling station at Grytviken and going with the whalers in search of whales and elephant seals which were hunted for their blubber. He had a good rapport with the men themselves and shared their harsh and uncomfortable living and working conditions.

He made many observations in the field on elephant seals, albatross and penguins and describes going among their colonies. Matthews collected scientific data on their behaviour, anatomy and physiology. He also collected tales from the whalers themselves and had many yarns to tell. This enabled him to write his later popular books, Wandering Albatross and Sea Elephant.

On his return to Bristol he spent a number of years writing up and publishing papers for the Discovery Reports including three major monographs on the Humpback, Sei and Sperm whales. He also wrote South Georgia, the British Empire’s Sub-Antarctic Outpost, a history of the Island and its ecology. The glass slides are the collection that appears in his books.

The investigations were given their name after the R.R.S. Discovery, upon which the first of these research expeditions took place in 1925.  The Discovery, originally launched in 1901, had been famed for its maiden voyage: taking Captain Robert Falcon Scott and R.N.R. Sub-Lieutenant Ernest Shackleton on their first expedition to the Antarctic.

To see more photographs from the Discovery investigations go here.