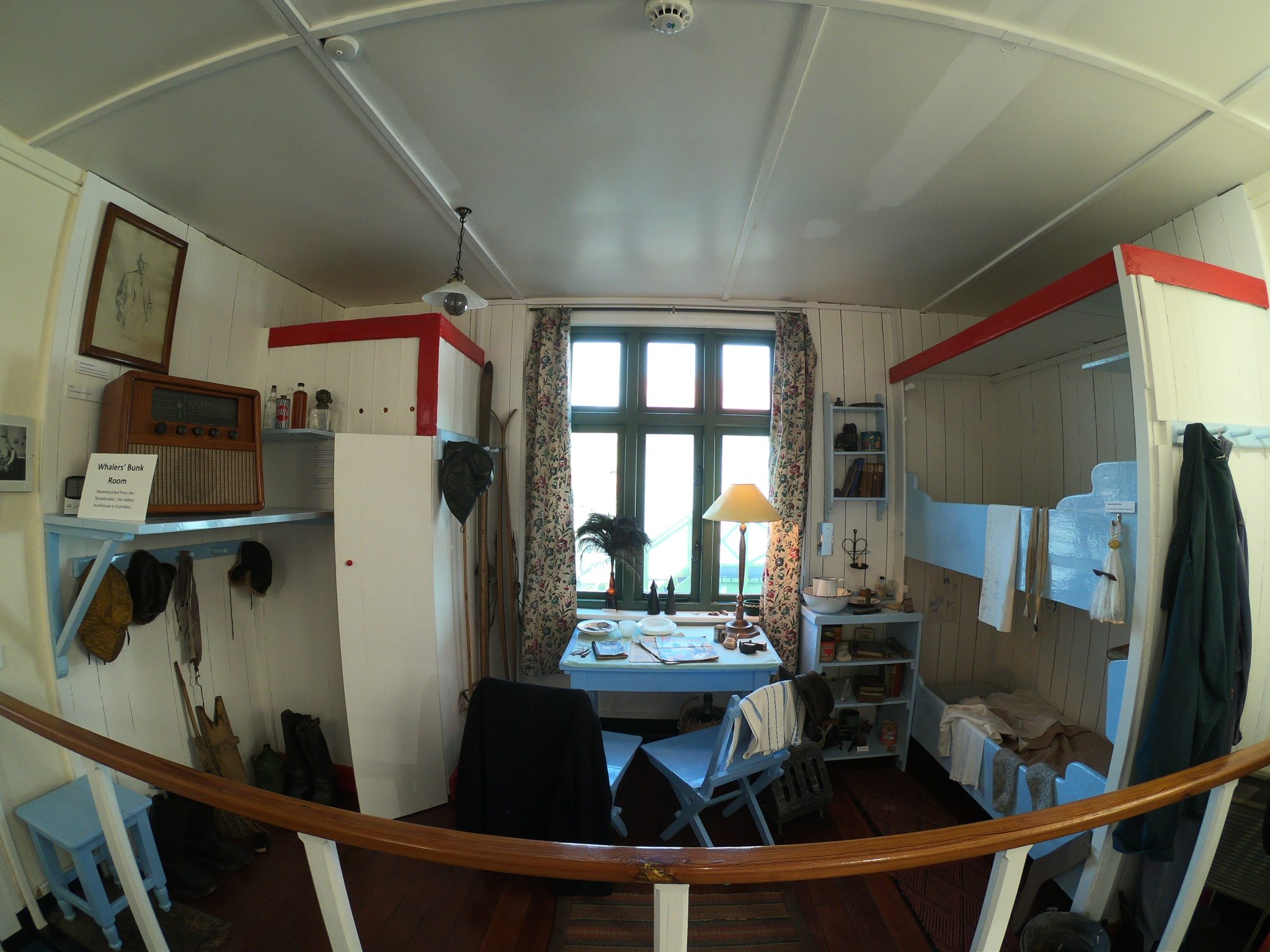 These wooden bunk beds came out of the Russebrakka. This was the oldest of several barrack buildings that housed the hundreds of whalers that worked at Grytviken.

The Russebrakka was a wooden building of traditional Norwegian design. It had 11 bedrooms and could accommodate 42 men. Accommodation for the whalers could be basic and crowded, but the men did what they could to make their rooms, and their only private space – their bunks, homely.

A Whalers’ Bunkroom was reconstructed inside the South Georgia Museum, in the Ringdal Room. Homely objects abound; a shaving set, magazines, clothes and other personal objects set the scene.

The same style of wooden bunkbeds can be seen in the photograph below.  It was taken in the 1920’s and likely shows a scene from inside the Russebrakka. Each bunk had a curtain and you can see that pictures have been put up on the walls above the bunk – a memory of a home far away in Norway.

If you visit the Grytviken Interactive Map on the South Georgia Museum website you can explore around the heritage site of Grytviken and learn what the various structures were used for. The map will show you that today only the foundations of the Russebrakka remain, but you can also see what it looked like when the barrack was still in place. 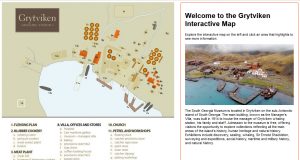