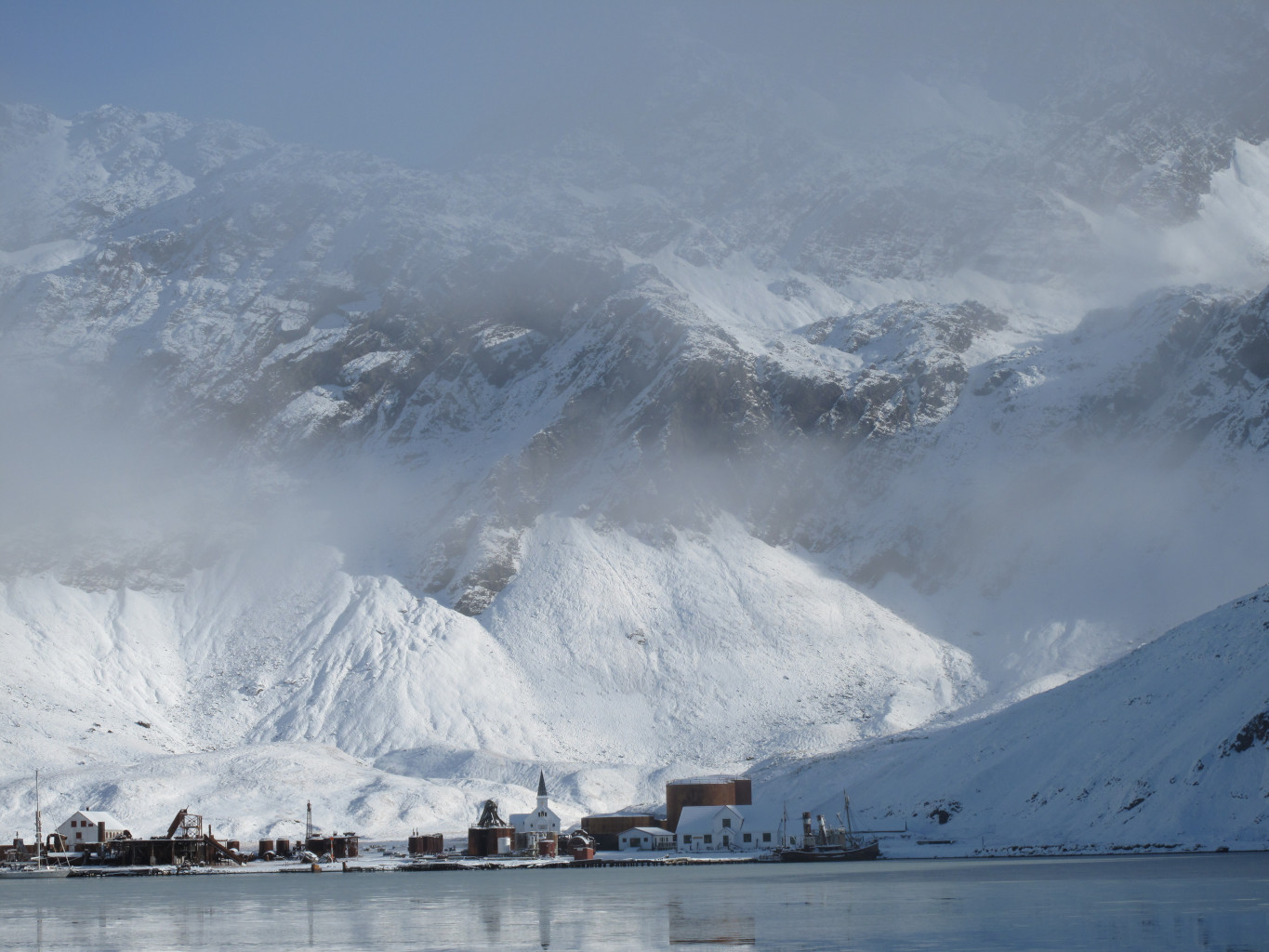 PREPARING FOR A RECORD BREAKING SEASON

In the UK and the Antipodes our museum staff are preparing for the long journey to the island. Curator Matthew and Museum Assistant Danielle arrive first, in early October, followed by Museum Assistant Sharon, Volunteer Fundraiser Lucy Hirschle and our Artist in Residence Jamie Grant who all arrive in mid-November. To find out a bit more about the staff go to the ‘About Us’ page on this website.

Here on the island a huge pile of cargo has already arrived and been checked through the biosecurity building – all incoming luggage and cargo is thoroughly checked in case any unwelcome visitors (things like spiders/earwigs or even seeds) have come in with it. No biosecurity breaches were found which is a credit to our suppliers and shippers who have done a great job helping to keep out possible invasive species and so to help protect the special environment on South Georgia.

As I write, in mid-September, it is still very much winter here on South Georgia with a thick layer of snow everywhere, but the first elephant seals are back heralding the spring with the loud roars as the males bag the good breeding beaches.

One amazing change here over the winter; for the first time in probably more than a century, pipits have been seen at King Edward Point throughout the cold months. Positive evidence of the results of the ongoing SGHT Habitat Restoration Project. With the rats gone, these tiny songbirds can once again colonise the area, and they too are heralds, their presence is early evidence of several other bird species that may already be returning to breed in the huge areas of main-island South Georgia that should now be rat-free. This summer we will be raising funds for the island-wide monitoring project that will take place in a couple of years-time to see if the rodent eradication has been successful everywhere.

We look forward to telling our record number of visitors this season about this hugely ambitious Habitat Restoration Project. And to mark the ongoing centenary of Shackleton’s Endurance Expedition, in which South Georgia played a key role, we will have a new exhibition marking the rescue phase of the expedition, when Shackleton and his men sailed the James Caird from Elephant Island to the south coast before crossing over the island to reach help. We will also continue our special centenary ‘Shackleton at Grytviken’ tour, which proved very popular last season.